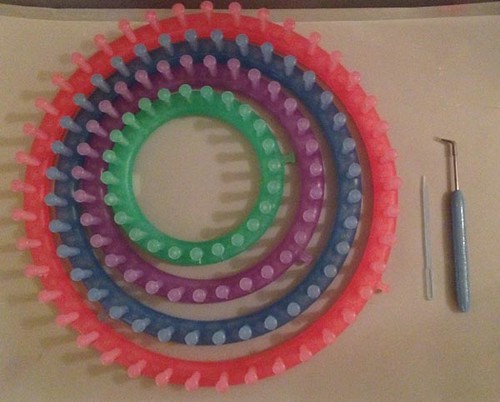 I decided I would make a hat with a brim. Now the person I was making the hat for has a very small head, so I went for a small loom (too small, but I’ll get to that). 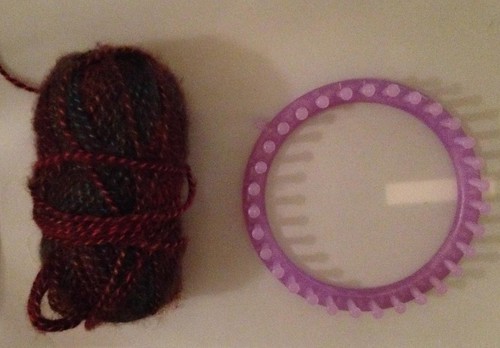 I wrapped the yarn around each peg. Once I had gone around the loom, I went around it again this time I created a row above the original row. 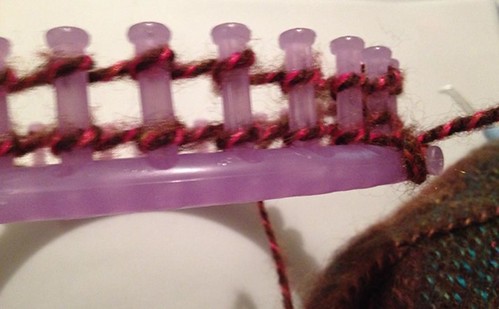 Using the loom pick I lifted the bottom loop over the top of the peg and worked my way around the loom. I started on the peg just to the right of the outside peg where you fasten your yarn to begin with. Once I finished this I pushed every loop down and added another top row of loops and did the whole thing again.

I decided I was going to add a brim to my hat. Once I got to a length of about 4inches  pushed my loops down and I lifted the loops from the bottom of the piece (so the very first row of loops I did) on to their corresponding pegs and knit over them (using them as the 2nd row of loops on the pegs). 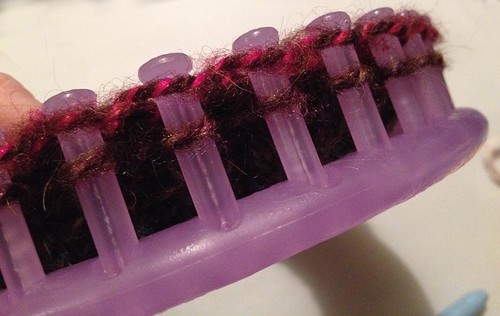 I then carried on until the hat was about 8 inches long. I then wove together the top, and voila I had a hat! 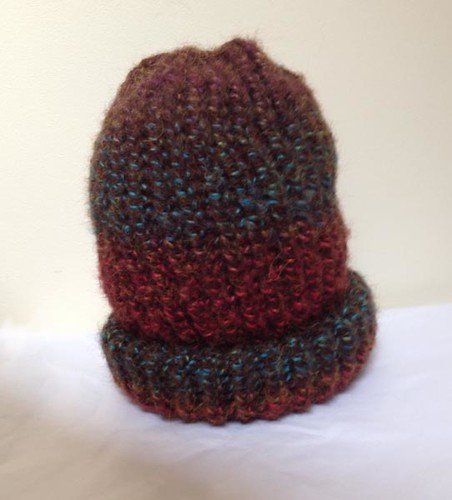 Now even though I made this for a person with a really small head, I feel this is too small and will make another with a bigger loom. I think I’ll make a wool flower for the new hat as well…and maybe some fingerless mitts! Oh the possibilities! 🙂

I purchased these with a different plan in mind, but this was quite fun! It reminded me of this little knitting set I had when I was a kid. Good times!

One thought on “Loom Knitting (or A Tiny Hat)”