So the other day my friend’s mom kindly gave me a couple of 100% wool sweaters (Thank you Mrs Ray!). I had a cool idea for one but wasn’t sure if I could make it work.

First things first. I felted the sweater (washed it at 40 degrees on a regular cycle). If you want to try this 100% wool is the easiest way to go, something that can’t be machine washed may work. 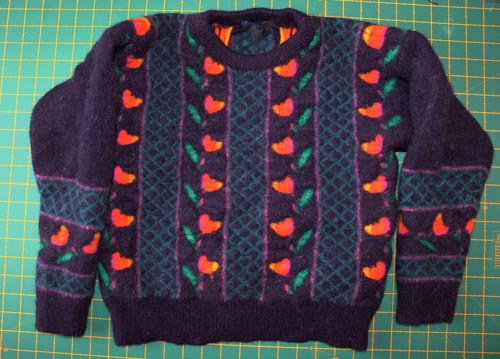 I decided I was going to make a bag. I wanted to keep the sweater in one piece as much as I could. I cut the arms off, cutting just next the seam. I then cut the neck out. Now this is where I made a mistake, but I’ll get to that later. 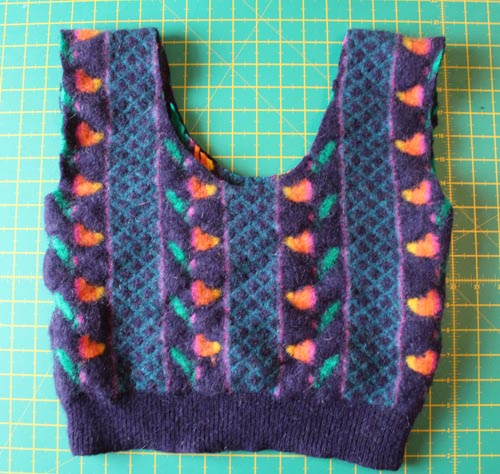 I flipped the sweater around so the handles (and seams) were together.

I decided I wanted a square(ish) bottom so I kind of folded/tucked the ends in on themselves hoping that would work. I then pinned the bottom and sewed straight across the bottom of the sweater. The square corners basically worked so I am pretty happy with that. 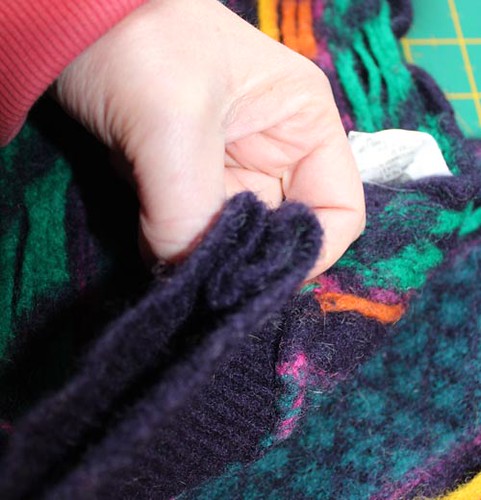 I turned the sweater out so I could have a look at it and didn’t like the seams down the front and back of the bag so I decided to attach some pockets. One on the back and a little double pocket on the front. I’m still practicing my hand sewing, so blanket stitch all around! 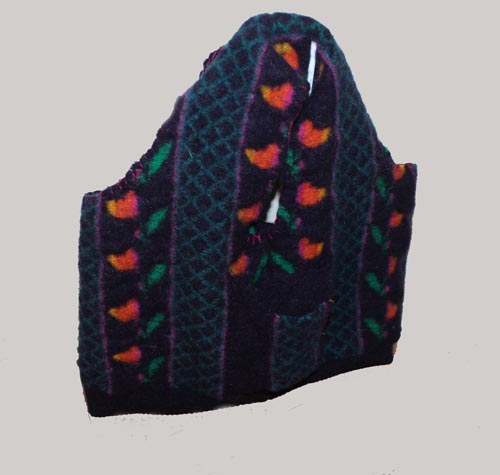 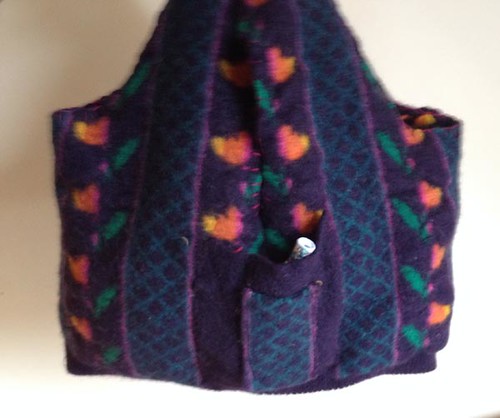 As a prototype I’m pretty happy with this. I can see where I need to make changes. I cut too much out around the neck and arms, and need to do something with the straps so the aren’t as bulky. I will definitely be working on this and trying more in the future. I’d like to line them as well. Most importantly it was fun 🙂