This afternoon I made some bracelets that I hadn’t made in a few years. I have a bunch of birthdays coming up and it might also be handy to have some presents to bring with me when I go to Canada. Plus I’ll use almost any excuse to make something. 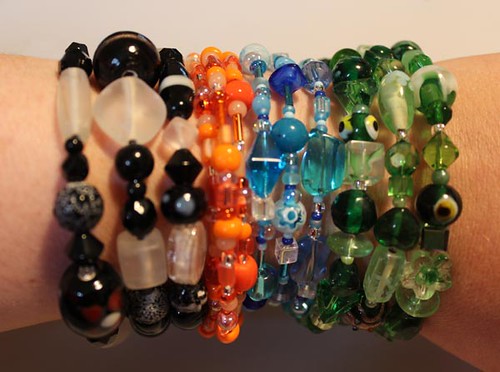 They are super easy to make and if you haven’t made them before I’ll let you know how.

You will need:
-variety of beads
-round nose pliers
-memory or coil wire (I use about 6cm diameter)
-you may also want flat nose pliers, but they aren’t vital 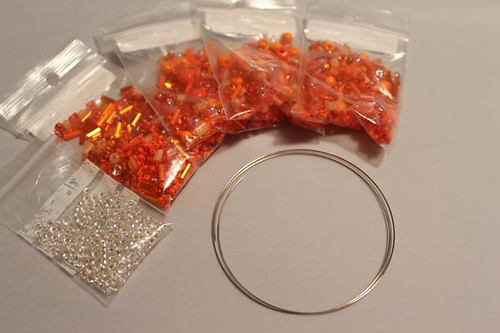 First things first is to cut the length of the bracelet, at least 2 full times around the wrist is good. More is great, but it’s up to you! Next you want to take your round nose pliers and create a little loop in one end of the wire. As small as you can get it and if you need to squish it a little with your flat pliers to make sure your loop won’t catch on anything. 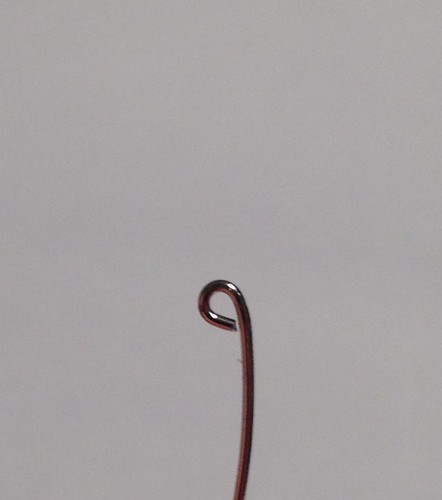 Next place your beads on the wire however you want. 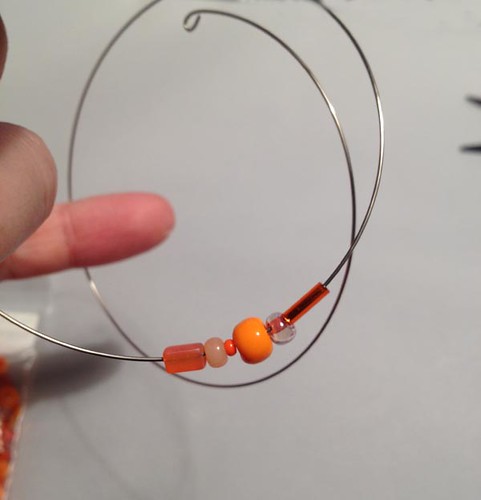 I try not to have two of the same bead next to one another, or too close to each other for that matter, but again it’s up to you. 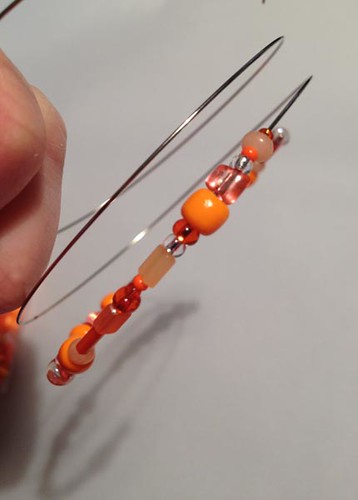 Once you have filled the wire up with beads put a loop in the end of the wire to close it off. See, super easy! 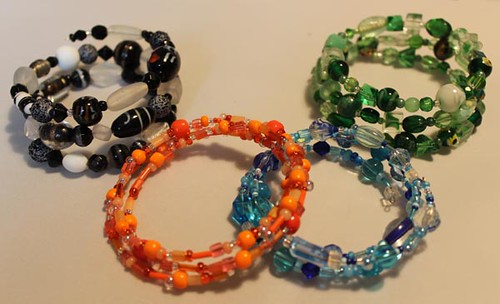 I need to have a go at some different bracelets later in the week, so I’ll share those too.